Welcome! I'm Small Business Sarah, your tax and accounting tour guide. I love helping online small business owners get a handle on their bookkeeping and taxes. I specialize in helping Etsy sellers, bloggers, and freelancers, but if you don't fit into one of those buckets, I still have plenty of tips for you! 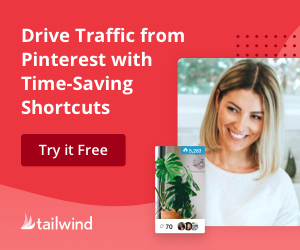 Bookkeeping and Tax Videos for Your Small Business Click to purchase on Amazon, or download for free on related posts or the My Books page!

Should I Collect Sales Tax From Other States? – Internet Sales Tax & Economic Nexus

South Dakota vs. Wayfair has radically changed sales tax. If you are a small business owner of any type, you now need to consider, should I collect sales tax from other states? This question used to be easy to answer, now, not so much. Let’s take a look at what has changed in the world of sales tax and what you need to do about it as a small business owner.

How it used to be

What is South Dakota vs. Wayfair all about?

Not only did this physical presence sales tax nexus hurt the state, but it also hurt local businesses. Would you rather buy furniture from a local store and pay 4-6% in sales tax, or purchase furniture online and pay 0% sales tax? This created an advantage for online retailers and hurt small brick and mortar stores.

So South Dakota decided to change things. They passed a law in 2016 requiring online sellers who had either $100,000 in gross sales or 200 transactions in their state, regardless of physical presence, to collect and remit sales tax. When the online retailers did not comply with this new law, South Dakota took Wayfair to court.

The Supreme Court sided with South Dakota, which radically changed the concept of nexus. No longer did an online retailer need to have a physical presence in the state to be required to collect and remit sales tax, now they just needed economic nexus. This new economic nexus for sales tax is sometimes referred to as the internet tax.

The Supreme Court did make some previsions which don’t allow states to go too crazy with low economic nexus thresholds. For example, if an online retailer only made one sale to your state in a year, you can’t require that retailer to collect and remit sales tax.

What states have made new economic nexus sales tax laws?

Quite a few (over 25 as of this writing), with more likely on the way. Some states had some work to do to simplify sales tax in their state in accordance with the Supreme Court decision before they could pass an economic nexus law.

Is economic nexus the same for every state?

No. Every state can set their own economic nexus sales tax laws. In general, most states have adopted a law setting economic nexus at $100,000 in gross revenue or 200 individual transactions within the state in a year.

What does this mean for online small businesses?

As an online small business, you need to pay attention. Sales tax is changing every day in light of South Dakota vs. Wayfair. Just because you don’t live in a state, that no longer means you don’t have a sales tax obligation to that state.

Some large online retailers such as Amazon and Etsy are now collecting and remitting sales tax to various states, which can help reduce the burden of some online sellers.

Your biggest risk of being non-compliant is if you sell products on your own website or through a platform such as Shopify. Keep in mind, most often digital products have the same sales tax obligation as physical products. So if you are selling e-books, courses, or printables on your website, you need to pay attention!

It all comes down to this, if you think you have made over 200 sales to one state in the past year, you may need to collect and remit sales tax to that state. You need to check.

There is an easy way to find out if you have a sales tax obligation to additional states, and that is by using the free Sales & Transactions Checker at Tax Jar. Tax Jar specializes in sales tax. You simply connect your shops to Tax Jar, they analyze your transactions, and then they let you know in what states you have economic nexus and need to be collecting and remitting sales tax to. Easy!

If you find you do have economic nexus, Tax Jar can even file your sales tax return for you!

I know this is scary stuff, but if you are serious about your business, then you need to be serious about compliance, and Tax Jar is the easiest way to stay in compliance with sales tax. They will help you quickly and easily answer the question, should I be collect sales tax from other states?

For more information this Tax Jar article on economic nexus laws is helpful.